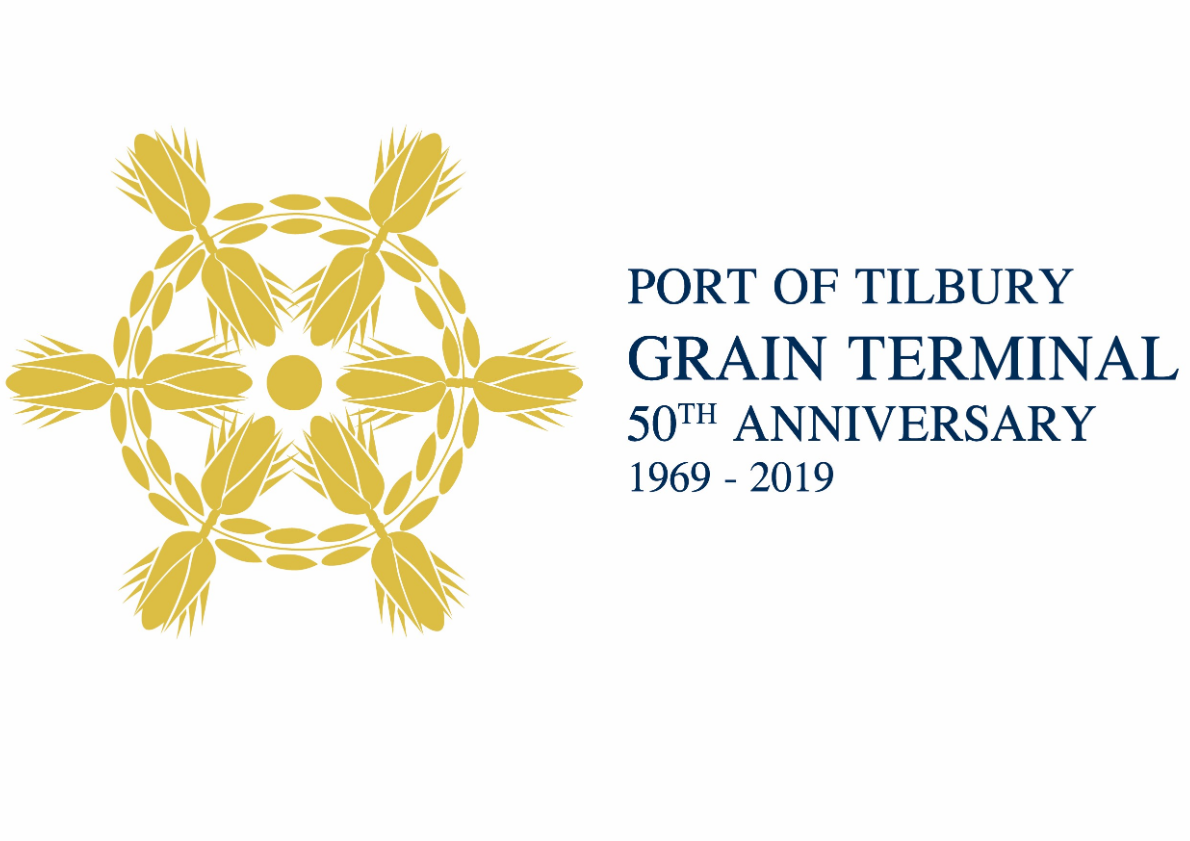 Port of Tilbury, London’s major port, this month marks the 50th anniversary of its grain terminal, the UK’s largest terminal for the import and export of grain.

Built at a cost of £53.5 million in today’s money, the grain terminal has processed over 35 million tonnes of product since opening in 1969. It currently handles two million tonnes of grain, wheat, barley and beans every year to help meet the UK’s import and export requirements.

A vital supplier to major global brands, grain is handled at the terminal daily through its import and export capability and is a key supporter of the agriculture industry in the south east of England as well as the flour milling and bakery industries. The terminal regularly handles cargoes from in and out of the UK and to countries across the world from the USA and Canada to France, Thailand and Australia.

With two grain towers on site, the terminal can discharge and load vessels simultaneously and with a five-star food hygiene rating the facility has the trust of major companies. The grain terminal is fully automated and linked to the two associated flour mills located within the port.

Grain brought into the terminal can be made into flour to be used for every day goods stocked in supermarkets including pasta, baked goods and malt – used to make beer and the soya found in baby food.

Since Thames Grain was added to the terminal in 1983 it has allowed UK grown grain to be sampled, tested and tipped prior to export. This process is used to support the grain terminal’s major export of UK wheat, barley and human consumption beans to destinations across the world.

Peter Ward, Commercial Director at The Port of Tilbury said: “This year marks a special anniversary for Port of Tilbury’s grain terminal which plays a huge role in supplying businesses from around the world with the grain needed to support their brands.

“In half a century the grain terminal has processed over 35 million tonnes of grain, wheat, barley and beans while also assisting in the production of flour in its two associated mills to provide supermarkets with some of their most popular products.

“Port of Tilbury continues to invest in this vital asset to ensure it continues as the largest terminal for the import and export of grain in the country for the next 50 years.”

The Tilbury Grain terminal is the key strategic facility in the South East of the UK for the grain import and export markets handling grain from around the world. The grain terminal has over 200 silo’s ranging in size from 60mt to over 2000mt, supporting the flour and ingredient market for the southeast, London and up to the Midlands. Its berths have space to host post-panamax vessels – greater than 40,000 tonnes – but can also handle a range of coaster vessels on its inner, outer and coaster berths. The terminal also operates a monthly coastal shipping service from Tilbury to its sister port in Kirkcaldy, Scotland for Carr’s Milling.

Earlier this year, Port of Tilbury completed a major storage expansion at the grain terminal as part of its growth strategy. The new flat store increases the capacity by an additional 16,000 tonnes of both import and export wheat.