The Port of Tilbury (London) is the largest of 8 ports owned by Forth Ports.

As London’s major port it is also the largest multi-modal port in the South East, and 3rd largest port group in the UK. Sitting on the north bank of the Thames just 22 nautical miles east of central London, it is perfectly placed to handle cargo for London and the rest of the South East, with easy access to the M25 and 18 million people within 75 miles.

The port has an annual throughput of 16 million tonnes per annum and this is estimated to value around £8.7 billion; this makes it the largest port on the Thames. The varied cargoes are spread across an estate in excess of 1,000 acres and are imported and exported by a variety of short and deep sea vessels. Offering operational support for different cargoes, the port can support ro-ro, container, forest products, grain and bulks as well as cruises and property solutions.

Port of Tilbury at a glance: 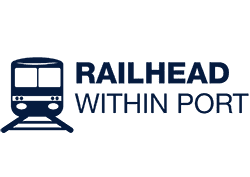 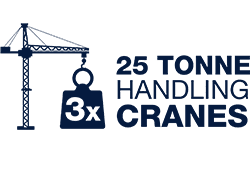 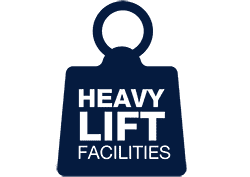 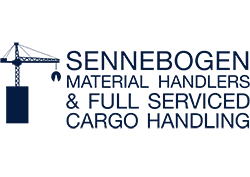 Through bespoke consolidation and portcentric solutions, the port provides supply chain solutions for a diverse range of sectors.  Underpinning these portcentric solutions is 5 million square feet of undercover warehousing and strong multimodal transportation links by road, rail and barge.  These connections remove complexity from the supply chain, reduce stock holding and journey miles and ultimately results in lower costs and a more environmentally friendly service for our customers.

The port’s distribution solutions are facilitated by three onsite railheads that allow connection to the main line directly into London or on to anywhere in the UK.  Excellent road connections, with the M25 accessible by less than 10 miles of dual carriageway and barging options straight into the heart of London, complete the port’s outstanding distribution network.  Barging is known to reduce CO² emissions, the number of vehicles on roads and also therefore the number of associated incidents and fatalities.

Furthermore, its conscientious approach to the environment makes the Port of Tilbury the UK’s greenest port: the majority of its electricity is generated through its 4 wind turbines, and there is ongoing investment in power, water, and fuel saving solutions at the port.  Not only has the port taken steps to reduce its energy footprint, the Port of Tilbury is an active member of Essex Wildlife Trust and achieved zero net loss of wildlife when developing the 70 acres of the London Distribution Park.

Such infrastructure links, portcentric methods, and environmentally aware operations ensure we provide cost-effective and ethically responsible solutions for our customers.

The port has operated for over 130 years and has a long relationship with Tilbury town around it, which continues today.  The port sponsors the local rugby and football clubs, it funds the wreaths for local remembrance parades, and senior managers work as governors at local schools and actively take part in other community-led initiatives.  The historical connection to the town is also shown through Britain’s oldest police force, which is funded by the port and has 15 warranted officers.

The port is a key employer in the local area and has offered over 100 apprenticeship programmes in the last 36 months.  Investment in staff and the community can be seen through the locality of the staff, where 60% of the key managers at the port live within 10 miles.  Encouraging growth and development, the port offers opportunities for fantastic long-term careers; 49% of staff now have over 10 years’ service and nearly 75% of the senior management started in a shop floor role.

The Port of Tilbury in February 2019 obtained approval under a development consent order (DCO) from the Planning Inspectorate to build a new terminal adjacent to the current port in Thurrock.  Our new port, known as Tilbury2, has be built on a 152-acre site which was part of the former Tilbury Power Station.  Tilbury2 acts as a satellite of the main port, comprising of a:

Do you require up-to-date information on the status of your container/unit within Forth Ports Container Terminals or at our RoRo Terminal at Tilbury2?

If so, clicking on the button below will provide direct access to real-time container/unit status information from our state of the art Group Container Systems at Tilbury (London Container Terminal and Tilbury2 RoRo Terminal) or Port of Grangemouth in Scotland.

You can enquire by Container/Unit Number or Booking Reference on up to 50 containers/units or booking references at once with the option to cut and paste.

Please note: Track your Container/Unit Online does not currently support older version of Internet Explorer. Please ensure you are using a modern browser such as Chrome or Edge.

Later this year a new railhead will be opening at Tilbury2 to support onward distribution from our ro-ro and CMAT terminal with intermodal and bulk train movements.

RDF & Waste
The port handles 2 million tonnes of recycled products each year and this makes up approximately 15% of its throughput. The port handles RDF/SRF waste, raw processed glass products and recycled woodchip. On top of this a tenanted operation specialising in scrap metal handles over 1 million tonnes a year.
Renewables
With expertise in handling and storing a range of project cargo and carrying out heavy lift the port is well places to assist with renewable projects. Through the excellent worldwide service routes into the port and good intermodal connections, the port is able to offer the services to support consolidation centres and fit hubs for a diverse range of renewable projects. The port itself has 4 wind turbines located within the port providing up to 60% of the port’s electricity needs.
Ro-Ro
The port hosts 16 freight services per week from Europe, including two daily ferries from Zeebrugge for P&O, a bi-weekly service serving Scandinavia and a weekly calls from Africa and South America. The port handle the import and export of cars and heavy plant equipment for a number of market leaders. To support growth in this sectors, a new ro-ro Terminal has been built for P&O Ferries as part of the Tilbury2 development creating a new deep water ro-ro river berth.
Warehousing & Storage
The Port of Tilbury provides a variety of warehousing solutions for both inside and outside the Port’s boundary. Our warehousing solutions compliment our customers’ varied cargoes and provide the highest standards. All customers, regardless of the cargo type, have an effective portcentric solution that adds value and efficiencies within their supply chain and allows customers to be environmentally friendly.

Other Activities at the Port

Take an aerial tour of Tilbury

Check out our Pictorial Overview of Tilbury during 2019

View the video below to see key images of some of the major milestones and achievements from the Port of Tilbury during 2019.

Summary of the Port of Tilbury London Limited 2019 from Forth Ports on Vimeo.

The Port of Tilbury Police is one of the oldest land Police force in the UK being established in 1802.  Up until the 1960’s the force was the third largest in the country.

Today the Port of Tilbury Police consists of fifteen warranted officers who are privately funded by Forth Ports.  They work closely alongside UK Border Force, The National Crime Agency and Special Branch.  Our officers are fully trained to Home Office Standards receiving their initial training alongside Essex colleagues with whom they maintain a close working relationship, regularly assisting them responding to emergency calls within the Tilbury area.

The Port of Tilbury Police provide a specialist policing function which includes investigating, detecting, arresting and prosecuting offenders; providing a safe and secure environment for all businesses and people working and operating within the port estate.

During the past 18 months, the Port of Tilbury Police have developed a community style policing role that has enabled the port to share best practice in areas such as intelligence gathering, crime prevention and its response to incidents.

The port is covered and controlled by a modern equipped control room serving in excess of 500 cameras and 6 Automatic Number Plate Recognition cameras.

In 2002 the Port of Tilbury Police were awarded the prestigious award of the Freeman of the Borough of Thurrock, one of only five holders of such distinguished award. 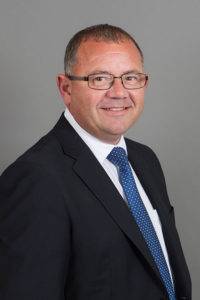 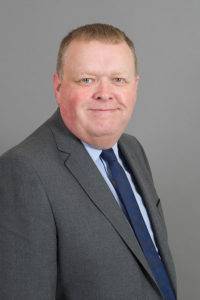 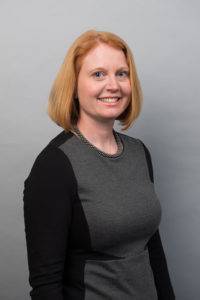 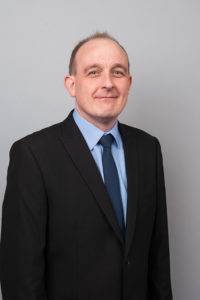 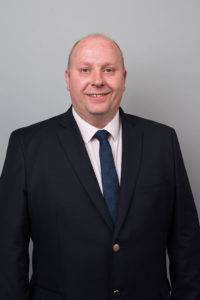 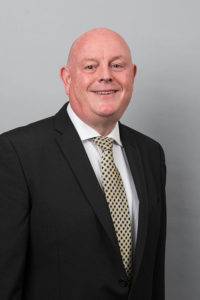 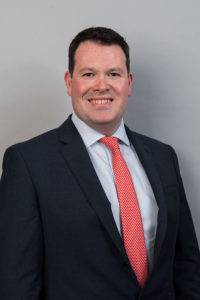 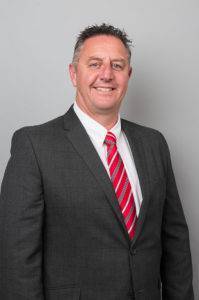 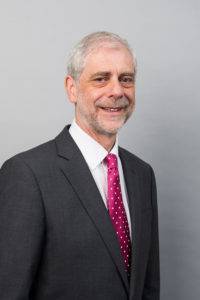 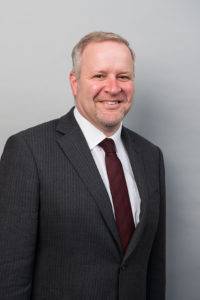 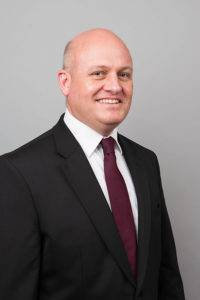 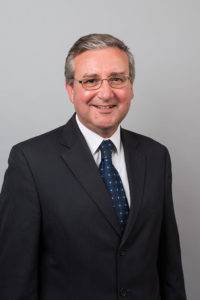 Tilbury on the Thames Trust 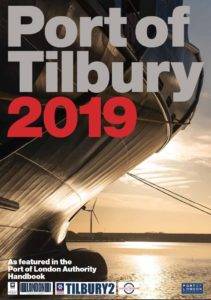