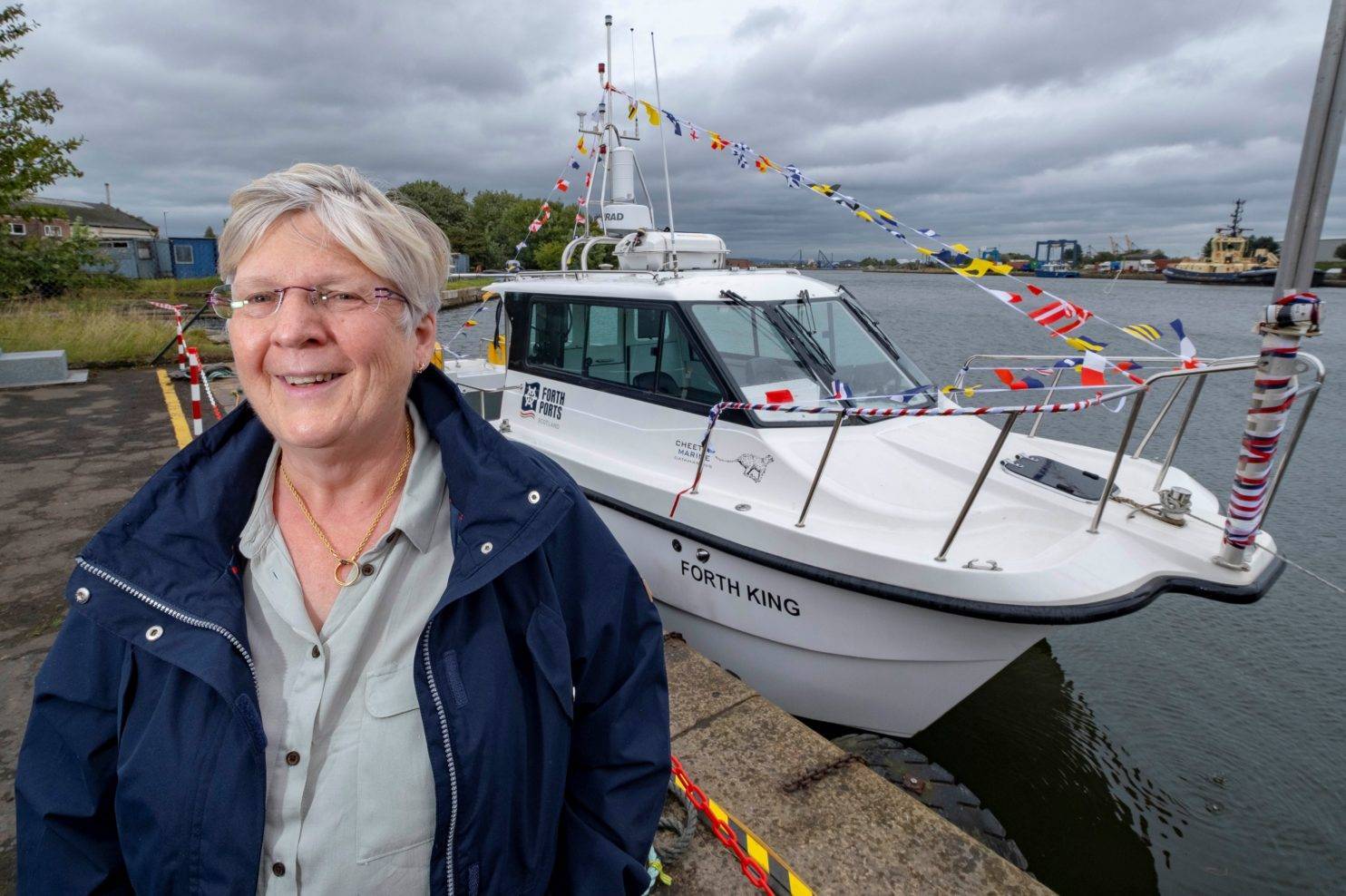 A new name will take to the waters of the Forth and Tay estuaries this week with the official naming of Forth Ports’ brand-new survey vessel – the Forth King.

The nine-metre long vessel will complement Forth Ports’ existing survey vessel, the Calatria and will be used to survey water depths within and on the approaches to the company’s five ports in the River Forth and at the Port of Dundee on the River Tay. She will also monitor the depth of the shipping channels within both estuaries.

The name Forth King was chosen in commemoration of the Calatria’s coxswain, Dave King, who passed away in 2018. Her naming ceremony was carried out by Dave’s widow, Liz King (pictured), following the blessing of the vessel, which was carried out by the Port of Grangemouth’s chaplain, the Rev. Joe O’Donnell.

The Forth King has been fitted with the latest multibeam sonar equipment, which carries out bathymetric surveys which produce a 3D image of the riverbed, and with a Lidar (radar using laser beams) which can very accurately measure features such as quaysides above the water line. The new vessel is quieter, cheaper to operate and more environmentally friendly than preview survey vessels.

She will be based in the Port of Grangemouth but will be used throughout the River Forth and the River Tay and will also be made available to the operators of other waterways, canals and rivers elsewhere in Scotland.

Master of ceremonies at the naming event, which was attended by staff from Forth and Tay Navigation Service and from the Port of Grangemouth, was Chief Harbourmaster, Alan McPherson, who said: “It is fitting that the Forth King carries Dave’s name. He was a great loss to everyone who knew him and his love of the river lives on in our new survey vessel. The Forth King will expand our surveying capabilities, not just in terms of the locations it can go to but in the range of services it can provide.”