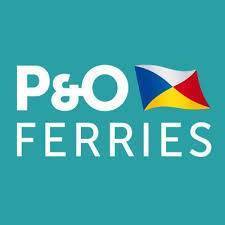 P&O FERRIES will strengthen its position as the leading enabler of trade flows across the English Channel by launching a new daily ferry service linking Calais with the Port of Tilbury.

The new route launches this month and is designed to give freight which is not accompanied by a driver a direct route to a port located just 25 miles from Central London, further broadening P&O Ferries’ comprehensive service for importers to and exporters from the South East of England.

Janette Bell, Chief Executive of P&O Ferries, said: “We are delighted to be able to increase the choice we offer our customers by introducing a reliable, efficient and timely route for goods bound for markets in London and the South East.”

“The route saves up to 75 road miles each day compared with the traditional Calais-Dover crossing, meaning that our customers save on fuel and land on the doorstep of London. By prioritizing the fast discharge of the ship, the freight can be on the M25 from 5.30am, thereby enabling time-sensitive loads to continue their journey before the rush hour starts.”

Xavier Bertrand, Président du Conseil Régional des Hauts-de-France, said: “The opening of a regular shipping line between Tilbury and Calais is an event to celebrate for many reasons. On the one hand, it meets the expectations of the European market and will help developing trade with Greater London, the Midlands and Greater Manchester.”

“On the other hand, it will improve the fluidity on the Channel, especially in the event of a No Deal Brexit. The port of Calais and P&O Ferries show their willingness to invest in the future, to offer a wider range of services to their customers in the logistics sector and to enhance the attractiveness of the French coastline.”

Charles Hammond, Chief Executive of the Forth Ports Group (owner of the Port of Tilbury), said: “This adds another string to Tilbury’s market offering at a crucial time for the UK economy. Our £250m investment in an expanded ferry terminal at Tilbury2 will add further scope to grow our P&O routes to-and-from northern Europe in 2020.”

P&O Ferries has chartered the Caroline Russ to service the new route, with two sailings every weekday and one each on Saturday and Sunday. The eight-hour sailing will have capacity for 100 units of freight, with a total of 50,000 expected to be carried in the first 12 months. It is expected that time-sensitive supermarket goods including fresh fruit and vegetables will be transported on the route.

The new river berth at the Port of Tilbury is scheduled to open in April next year, enabling P&O Ferries to treble volumes on its existing Zeebrugge-Tilbury services to 600,000 loads of freight a year. An onward rail connection to Daventry is also expected to be operational in 2020, mirroring the rail connections linking the Port of Calais with Le Boulou, Turin and Orbassano on the Continent.

P&O Ferries is a leading pan-European ferry and logistics company, sailing 27,000 times a year on eight major routes between Britain, France, Northern Ireland, the Republic of Ireland, Holland and Belgium. It operates more than 20 vessels which carry 8.4 million passengers and 2.3 million freight units every year.

Together with its logistics business, P&O Ferrymasters, the company also operates integrated road and rail links to countries across the continent including Italy, Poland, Germany, Spain and Romania, and facilitates the onward movement of goods to Britain from Asian countries via the Silk Road. P&O Ferries is part of DP World, a leading enabler of global trade and an integral part of the supply chain.