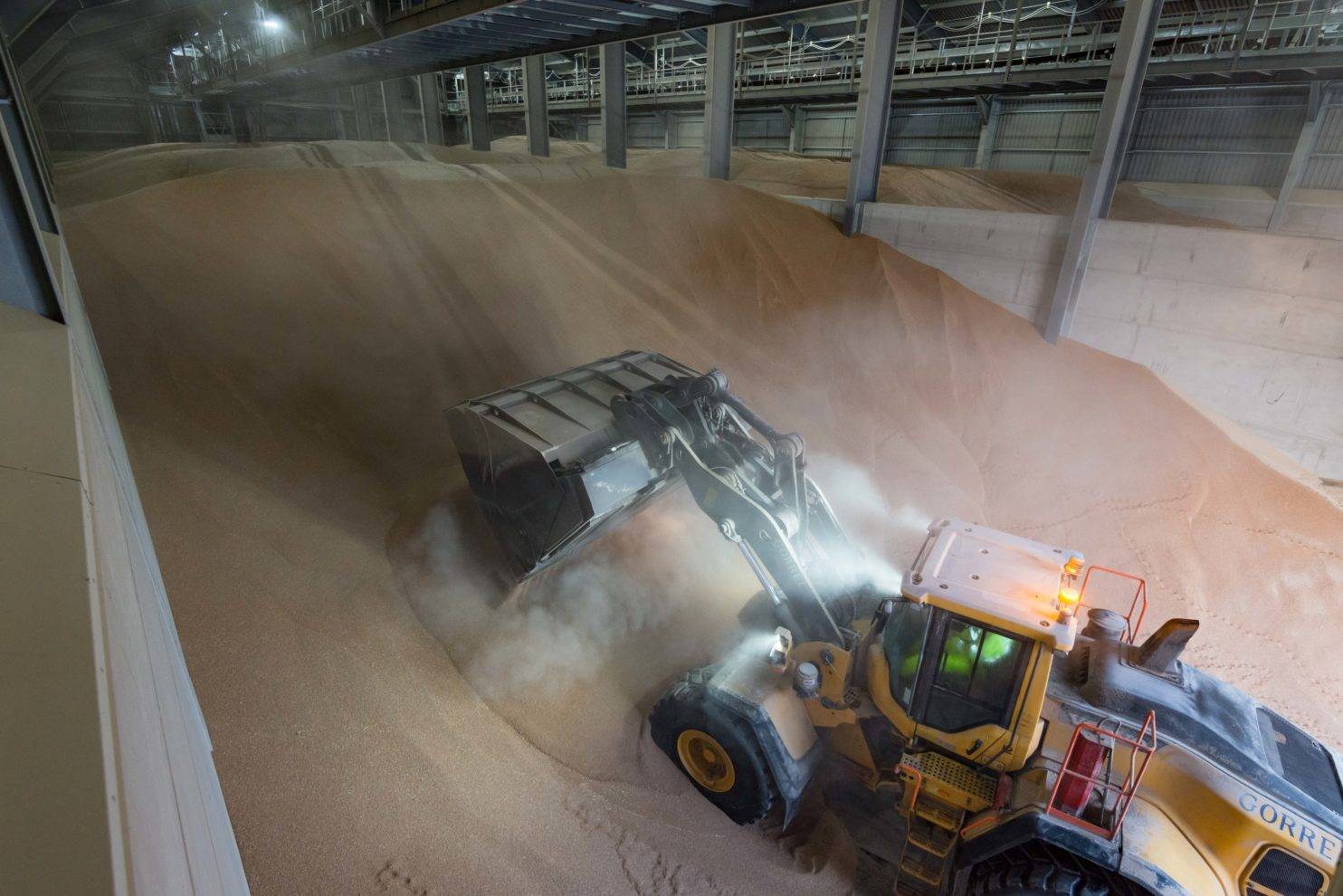 Port of Tilbury, London’s major port, has completed its new major storage expansion at the port’s Grain Terminal as part of the growth strategy. The new flat store increases the capacity by an additional 16,000 metric tonnes of both import and export wheat.

The grain terminal is one of the UK’s largest and celebrates its 50th year of operation in June this year. The terminal handles over 1.4million tonnes annually of combinable crops for both for the export and UK markets. With this new flat store in operation, the terminal now has a current storage capacity of 136,000 tonnes to support its key customers including Frontier and also Millford Grain who have taken a long-term commitment to store their grains at the terminal.

This flat storage facility is 36m x 66m and 6 metres in height. It is built adjacent to the existing grain terminal and utilises the mill gallery conveyor system with overhead conveyors feeding the new storage unit automatically. It has a capacity of auto inload of 500 tonnes per hour.

Peter Ward, Commercial Director at The Port of Tilbury said: “As we celebrate the grain terminal’s 50th year, this new flat store provides us with more capacity to support our customer’s growing volumes. We are one of the UK’s largest grain stores with over 35million tonnes of product handled over the past 50 years and we hope to continue to play a significant part in the sector in the next half century. Our flexibility, capacity and quality accreditations, including AIB, TASCC and Organic Certified, allows us to deal with any changing trade patterns.”

Commenting on the expansion, Alistair Groves from Millford Grain said: “The addition of this new flat store facility considerably helps Millford Grain as a business, and our customer’s requirements. It also underlines the Port’s commitment to long term investment for our sector”.

The Tilbury Grain terminal is the key strategic facility in the South East of the UK for the grain import and export markets handling grain from around the world. The grain terminal has over 200 silo’s ranging in size from 60mt to over 2000 metric tonnes, supporting the flour and ingredient market for the southeast, London and up to the Midlands. The terminal also operates a monthly coastal shipping service from Tilbury to its sister port in Kirkcaldy, Scotland for Carr’s Milling.